The M2 Monsters are part of a secretive group of people working on bringing financial equality and opportunity to all nations of the world. They are actively working with M2 Cash, The World’s First Funded Decentralized Digital Currency. The project started out shrouded in secrecy and there is still much that is not known about it.

Very little is still known about this group of monstrous NFT’s. A few of the monsters have been spotted on Twitter, while others have shown up in deep parts of the web on sites that are less known. The monsters seem to be creeping into our reality slowly as if to take the world by surprise. According to some sources familiar with some people somewhere online, this new project will be an asset backed NFT. This has not yet been confirmed by an official source. 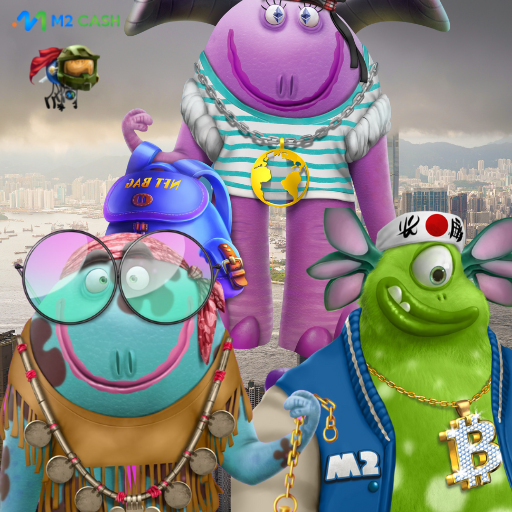 The M2 Monsters Are Coming

The term “NFT” (Non Fungible Token) refers to a virtual asset that represents tangible objects such as art, music games, video game items and other. They are sold and bought on the internet, often using cryptocurrency on the Ethereum blockchain. They typically encoded using the same software used in numerous cryptos.

NFTs are typically unique or at least one of a limited number, and come with distinctive identifying codes. NFTs create digital scarcity. This is in stark contrast to the majority of digital products that are nearly unlimited in their supply. In theory, cutting off the supply would increase the value of an asset, as long as that it is in high demand.

It’s been rumored that these M2 Monsters NFT’s will be a type of “asset backed NFT”, which means they may have cryptocurrency in them, or assigned to them on the blockchain. They are obviously associated with M2 Cash so the logical conclusion is that would be the asset behind them.